The Extrapool Graphic Shop is a small shop that is part of artist initiative Extrapool, based in Nijmegen, the Netherlands. 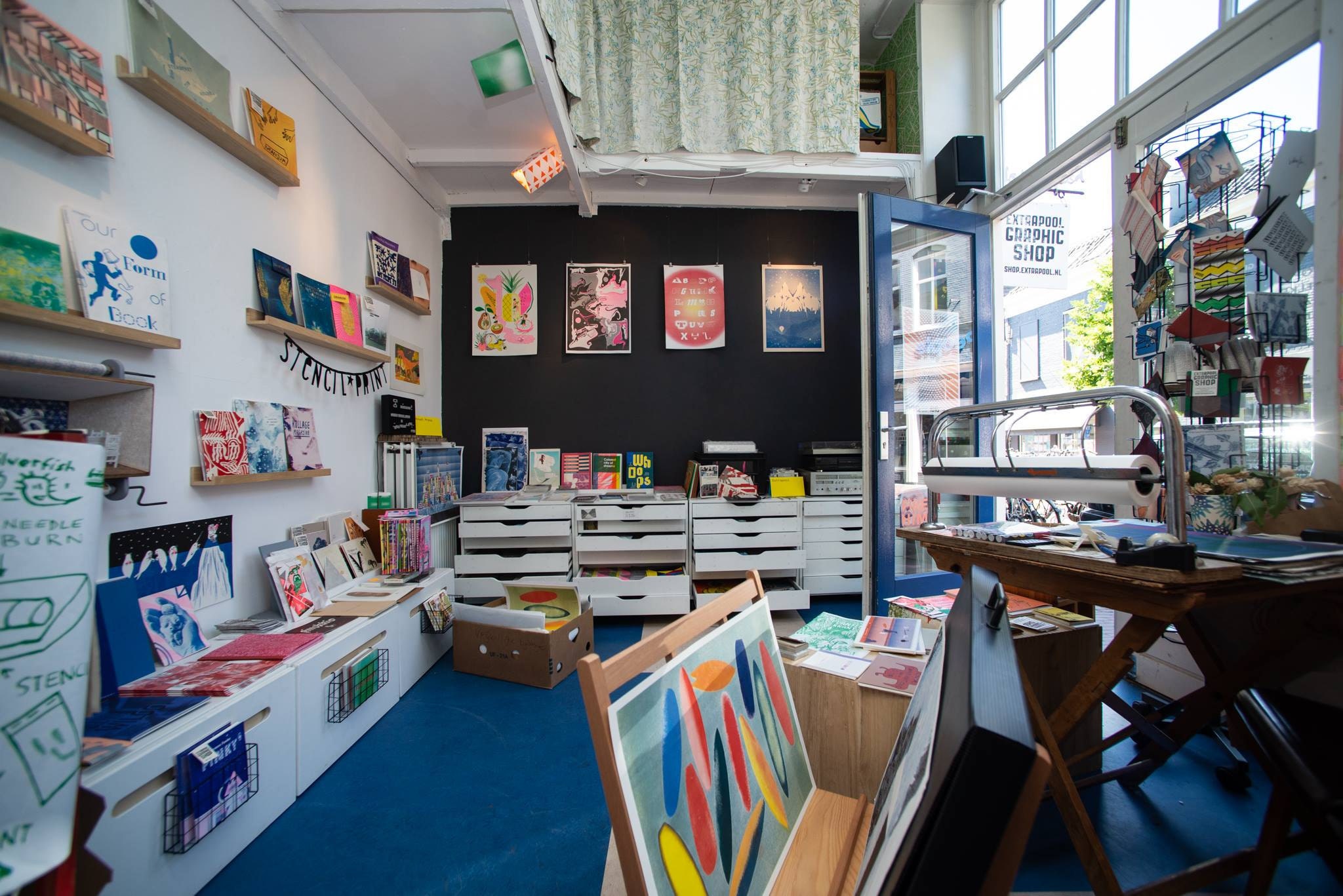 The Extrapool Graphic Shop is a small shop that is part of artist initiative Extrapool, based in Nijmegen, the Netherlands. The shop is specialized in stencilprinted matter (also known as Risoprint) and mainly sells books that are printed and published by print workspace Knust, which is based in the same building as the shop. These publications include the Art Prison and Work Holiday series - books made by artists in residence - the Spiegelrefleksies series - publications about photography - and book projects initiated by external artists/designers such as Our Polite Society's "Our Form of Book". All these books have had an exclusive release in Extrapool’s venue space, which was often combined with a presentation, an exhibition, and live music. Besides these book projects that are curated and published by Knust/Extrapool, you can find publications by a.o. Yeji Yun, Gijs Frieling, Job Wouters, Thom Puckey, Koen Taselaar and Nick Liefhebber, which were also stencilprinted in the Knust workspace.

Apart from books, the shop also sells stencilprinted wallpaper named Slimtarra. Slimtarra is Extrapool’s ongoing wallpaper project for which many artists have been invited to make a design. Each design is made to fit one A3 size sheet, which forms a unique pattern once it covers the wall. The wallpaper is visible throughout the whole building of Extrapool, giving it a very unique and constantly changing appearance. Designers include Victor Hachmang, Kim David Bots, Zeloot, and Lennard Kok.

Finally, the shop sells home made pins, postcards, vinyl and CDs. There is a selection of records by artists who have performed in Extrapool as well as Extrapool’s own releases such as the Brombron CD series, for which two sound artist were invited to create new work in the studio of Extrapool. Other sound projects include Audiotoop and Lost Tracks.

The Extrapool Graphic Shop focuses on experimental work in print as well as in sound and tries to show its variety in a very small but friendly space. It tries to create a platform for both known and less known artists to show their work, and to show the beauty of stencilprinted matter.
0 items in your cart